How ya gonna keep 'em down on the farm?

Okay, so my title today (after a long absence from blogging to tend to work responsibilities and a post-conference cold)  is a 1919 song title ripped from its original context.  I know that my modest familiarity with early 20th c popular song places me in the minority of my generation: we 40-somethings tend to know little about popular music pre-1960, so any knowledge of songs from the teens and 20s can seem odd for someone my age (42).  I'll assume that few of my readers will recognize "How ya gonna keep 'em down on the farm (after they've seen Paree)" as the title of a comic song about the difficulties WWI soldiers faced upon their return to the U.S. 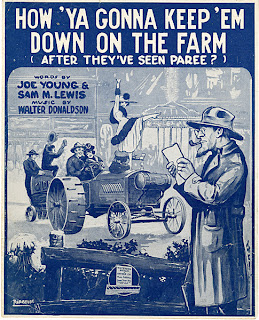 But the focus for me today is far less weighty: it's all about the Farmer's Wife QAL, my dearies!  With over 100 blocks, it's a long-term commitment...but I am wondering how long the current mass enthusiasm for the FWQAL will last? Will the lure of bigger and better, faster and newer things be too strong to resist?  I'm certainly not immune....

But I do want to go all the way with this project -- and I'm going to try to make all the blocks, even ones that don't (on first glance, at least) quite capture my imagination.  There's something about the challenge of it, including the challenge of finding interest in the blocks that don't seem to be "me," that I really like.  So after a couple of weeks away, I'm back on the farm.

Before my break, I had made 11 blocks from the FW book templates: 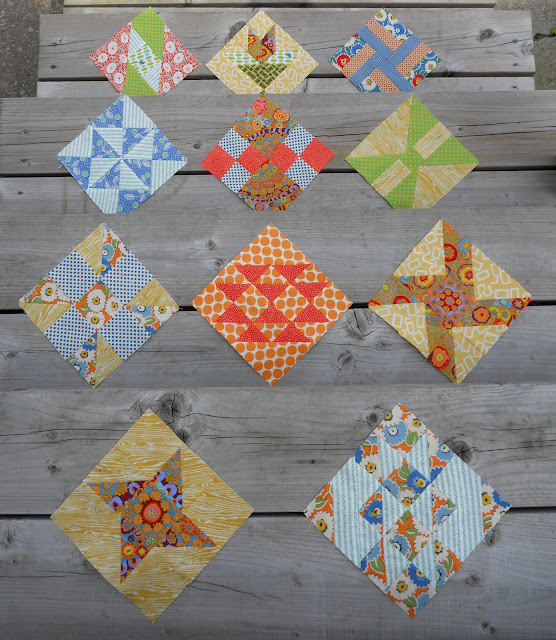 And I had one basket block languishing, waiting for its handle to be appliqued.  It's still waiting.... 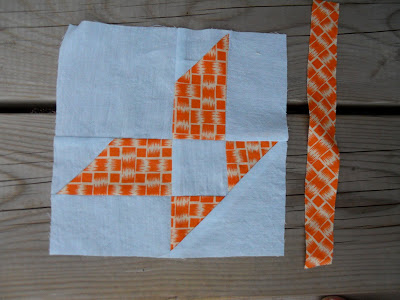 And then I had ventured into more challenging terrain, the FW blocks that don't work quite as well with templates.  Here is "Peaceful Hours," which was made by foundation piecing: 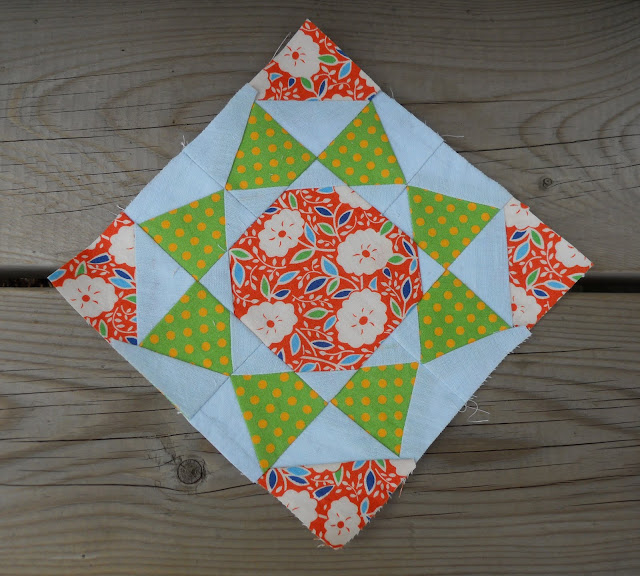 And just last night, I returned to the wholesome goodness that is "Buckwheat" and "Butterfly at the Crossroads": 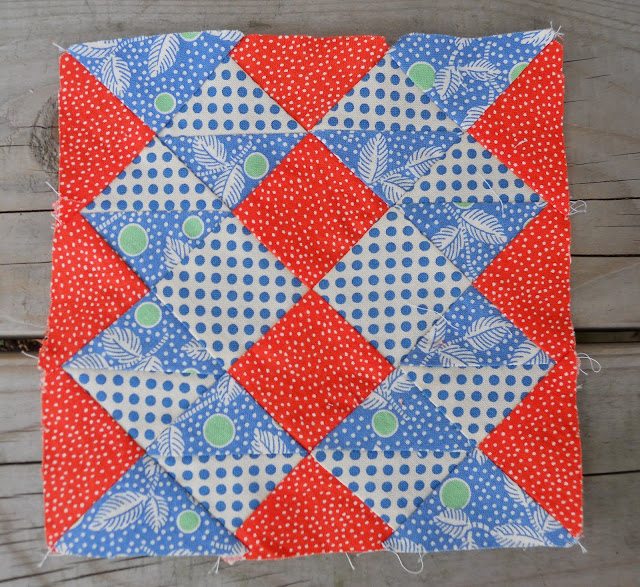 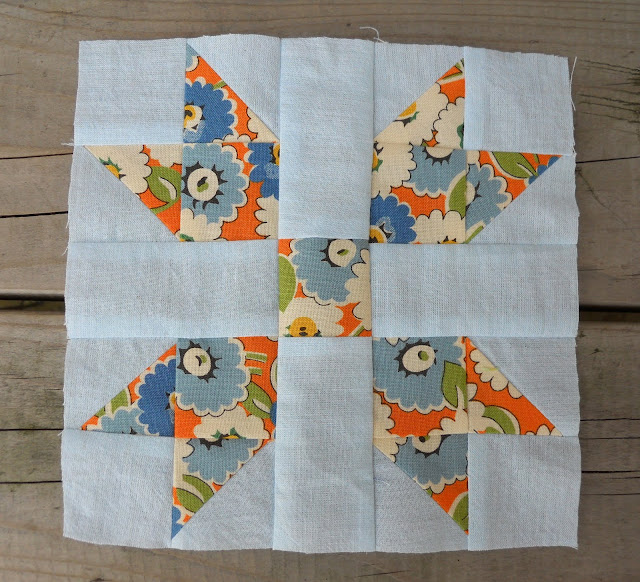 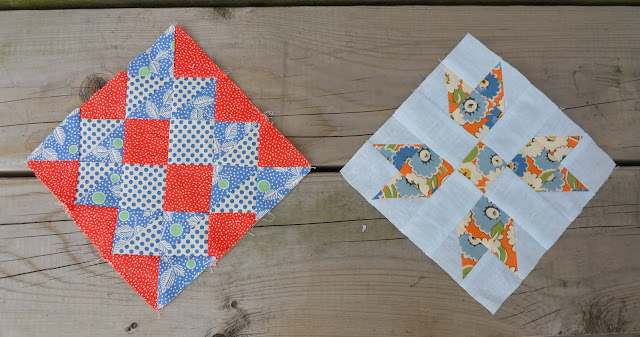 Adorable blocks - your mix of fabrics is fun and vibrant. They will make a great quilt

Gorgeous blocks - great collection of fabrics and colours and very creative photography - love the one on the stairs!

Thanks so much for these comments on my FW blocks. I can't wait to shake this cold and to clear a little more time for sewing!

Love all your blocks but 'peacful hours' is fantastic.

Cute post! Just stay on the farm -- you'll be surprised how quickly these cute little blocks will pile up. It seems like a lot of work, but little by little these blocks will turn into an heirloom quilt!

Love that song! I'm trying to learn guitar and when I mention a 30's or 40's song to my teacher I get a very perplexed look. ;/