Late last night, in a moment of wine-infused impulsiveness, I pulled out my little storage box of scraps and blocks for the Farmer's Wife QAL, oiled up my 1947 Singer Featherweight, and made a couple of blocks.

These are my first foray back into the FWQAL in three weeks -- and made without the lovely reliability of my Janome, on which I have finally mastered the scant 1/4" seam.

I can almost, but not quite, get a consistent seam on the Featherweight.  I am using a clear 1/4" foot, and it just isn't quite as controlled as I would like. It has worked just fine for the construction of a quilt top like this one, pieced entirely on the Featherweight: 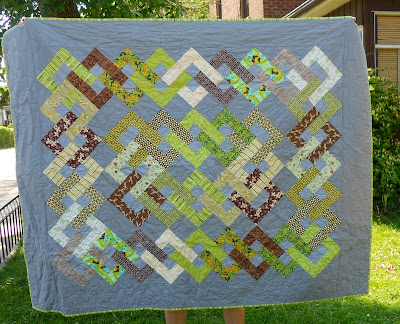 But in detailed little blocks like those in the Farmer's Wife sampler, every little smidge off a 1/4" matters...and before you know it, points are swallowed, corners misalign, and the farmer's wife is in tears.

Well, nothing that dramatic happened, but some further tweaking is definitely in order if I'm going to keep piecing FWQAL blocks on the Featherweight.

But, for now, at least I have a little something to add to the pile (38 blocks in total).  Here, in all their imperfect glory, are block 12, Broken Sugar Bowl: 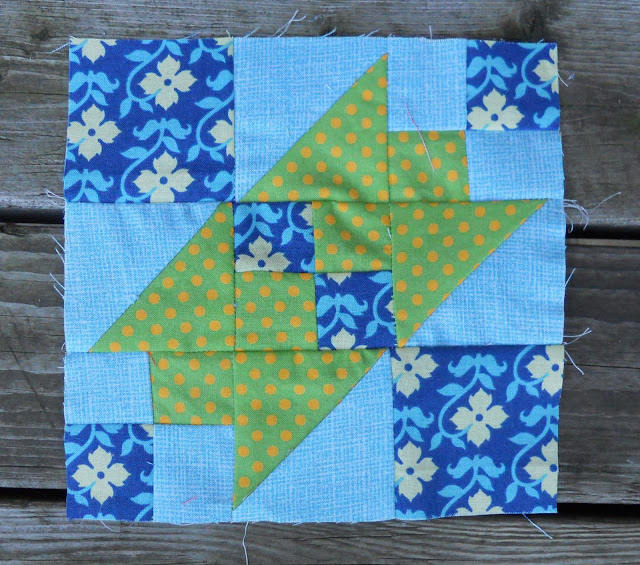 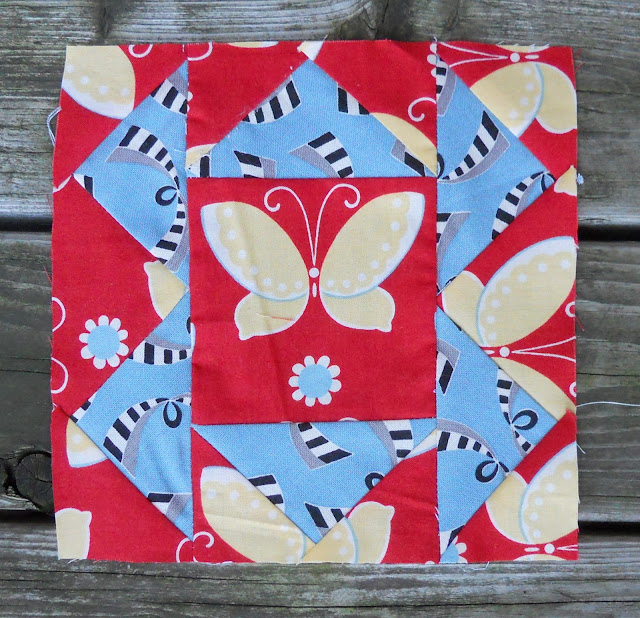 I had to re-do several seams, several times, so these blocks are not pretty from the back...but, in their defense, they do measure 6.5" square, so they are entirely usable for this project (despite some blunted points and imperfect joins...).

And they immortalize a crazy, busy, productive, unusual, Janome-less time in my life.

Happy farming, everyone.
Posted by Prof. S (the enchanted bobbin) at 4:00 PM

Your FW blocks are looking great, it certainly is a challenge making smaller, poieced blocks, that 1/4" takes on a whole new importance.

Did you know you can buy a seam guide that screws onto the bed of the machine? Use a pieced scant 1/4" from your other machine as the guide for placement. http://www.221parts.com/attachment.htm

Thanks for the kind words, Sheila -- and thank you, Liz, for the GREAT TIP!! I am going to get myself one of those seams guides ASAP.

Such beautiful work, I would love to try the FWQA but I fear I am not ready for this yet, I might just try though, deffinately maybe! :)

I've sewn on a few vintage machines and I have to tell you that although they'll probably outlast my Juki F600, they really sew madly off in all directions! I think it's the feed dogs in older machines, you really have to struggle to keep your fabric feeding in a straight line. Because of the box feed on my Juki (and I think the Janome or Bernina might have it too), it pulls the fabric straight as an arrow, it took me awhile to actually stop guiding the fabric. (No, I don't work for Juki.)

Love the fabrics you have used in your blocks and well done for achieving so much without your Janome! Oh and that scant seam thing messes with my head!