Lynne at Lily's Quilts has hosted several quilt-alongs, and the current one is appealing in its simplicity: the Dead Simple QAL, which involves play with colour and the simplest patchwork construction of all -- loads of squares.
I have had lots of fun in Lynne's previous two QALs: last spring there were these giant dresdens -- 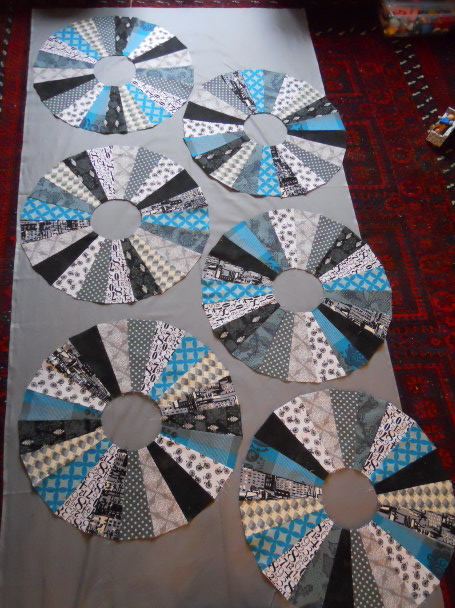 which ended up being one of my favourite quilts to date -- 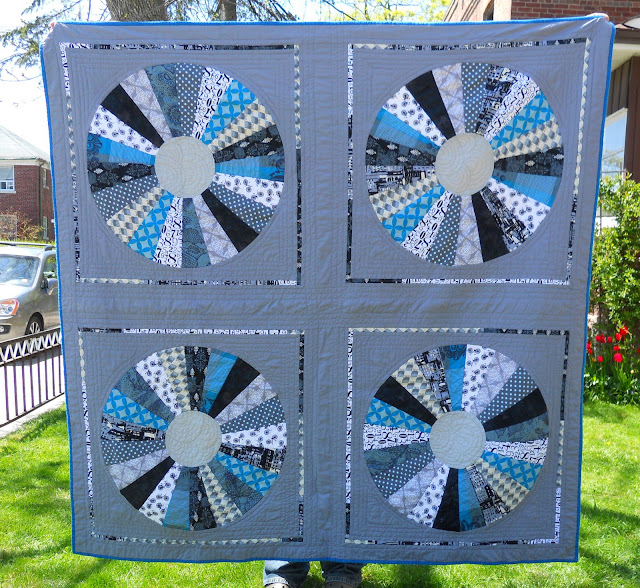 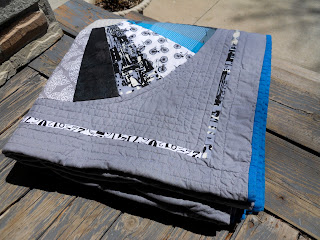 Then I caught Lynne and Gayle's Hexalong fever last summer -- 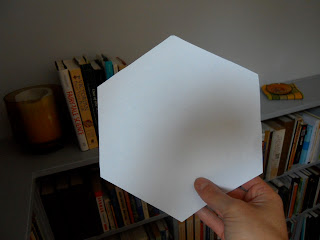 which produced lots of hexies, not all of which were destined to be part of the project --

and which morphed and transformed, more than once, until I finally settled on some kind of pattern (hexie constellations) -- 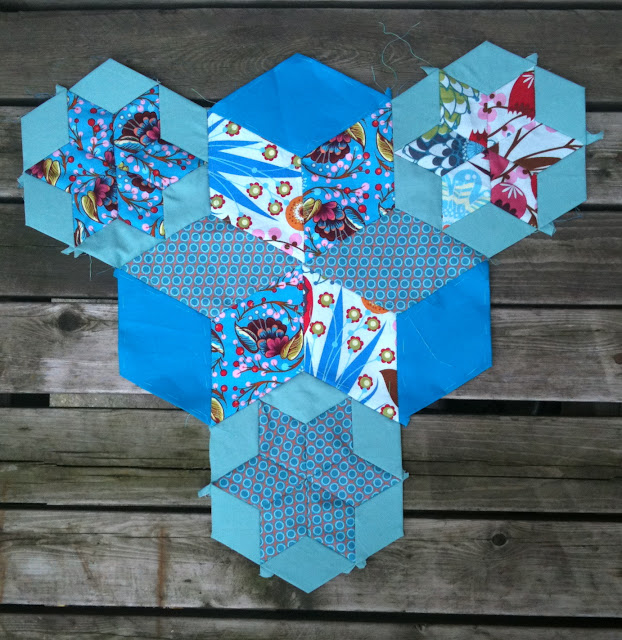 and which has stalled been temporarily suspended -- 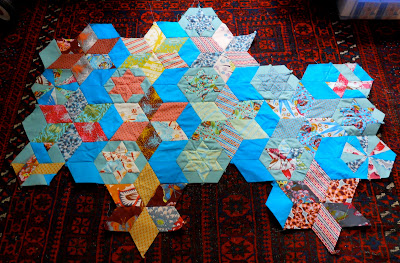 although I am determined to get back to it, yes indeed.

Anyway, I didn't think I was going to participate in the DSQAL, but one evening little Frida and I were playing with a charm pack of Little Apples, and I started pulling fabrics from the stash.  Frida had veto power, and together we came up with a combination of fabrics which I cut into 5" squares, until we had a total of 81 (including the charm pack).

This weekend I sewed them up on the Featherweight, which gave me a chance to play more with that sweet little machine and also to produce something "dead simple" and also dead quick. 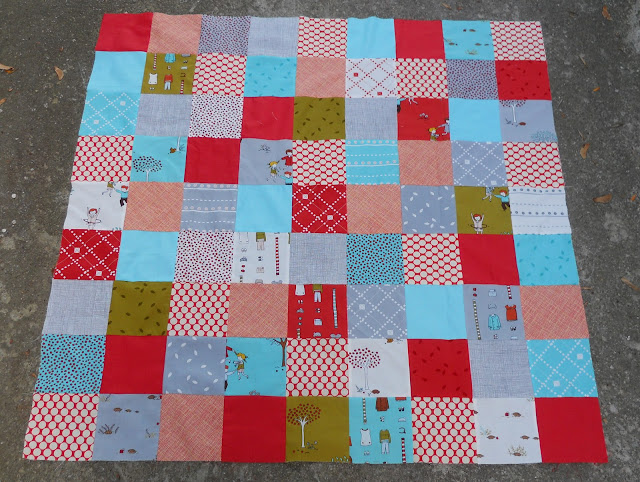 I think that ultimately this quilt will live at Grandma and Grandpa's house, where it can be used for naps (Frida's, not G'ma and G'pa's!).
I love the Little Apples charms, and now have to decide (1) whether I want to enlarge this...I'm considering a narrow white border and a 4 - 5" colour border beyond that and (2) what to use for the backing fabric...Little Apples yardage? A red and white print?  Yummy flannel? If so, then what colour? Hmmm.
An added bonus to this layout is that it will allow me -- once the Janome is back in circulation -- to try Elizabeth's clever "Dogwood" free-motion quilting pattern featured this week on Oh, Fransson! -- without having to mark the quilt!
Yay.  Don't underestimate the value of instant gratification!
Finally, if I were more clever or more determined perhaps I could come up with some sort of word play on "dead simple" on this, the eve of Halloween.  But since I feel neither clever nor determined right now, I offer instead a Halloween-themed photo: "Kitty Love, with Pumpkins." 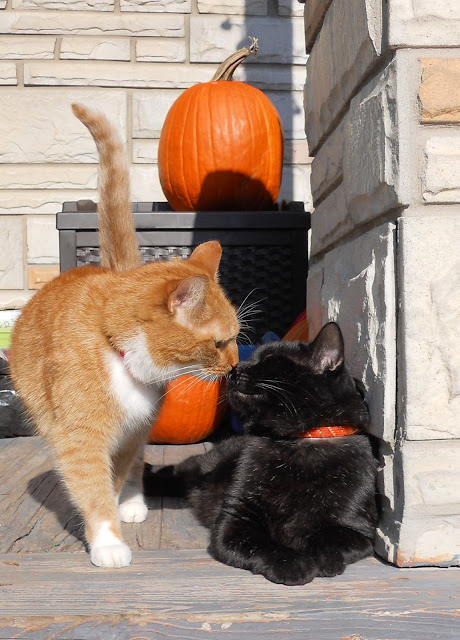 Was really enjoying the quilty bits of this post and then you did it again with the cat pic - adorable.

Thank you, Sheila. Cat photography seems like such a game of chance...but I lucked into a good photo of Penelope and Ramone today.

I like the quilt circles, I still not finish

Your DS quilt is adorable and I think a soft flannel for the gr...sorry, kids` naps would be great. I love that dogwood FMQ design and really want to try it too. Will it be as simple as it looks? Er. That will be a resounding `no`. Gorgeous colours in your pumpkin and cat shot. Lovely!

Love everything you've shown here - what nice work! Must say I really love the pumpkin/kitties too!

Love the dsqa... I think the white and then coloured border is a great plan, and so is the red and white backing lol flanalette sounds snuggly... And cats are always adorable x

Love the photo of P and R - so sweet! Your DSQ is wonderful - how about a red and white flannel back? Would be lovely to snuggle under!

Goodness me you are a busy bee, so much loveliness in one post, truly amazing quilt work!